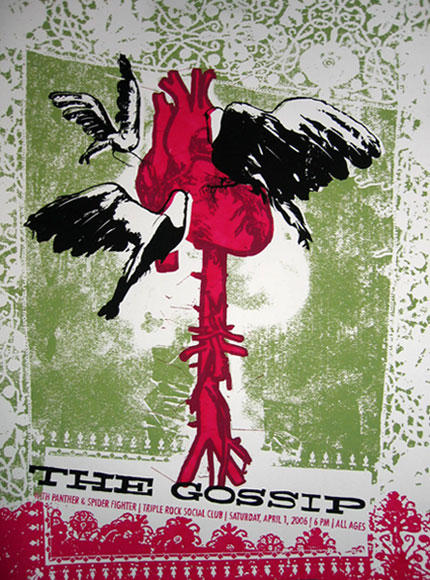 Last night, I saw Gossip at the Triple Rock Social Club with Spider Fighter and Panther. We did not get to see much of Spider Fighter, but they “rocked our faces off” for a couple songs. Panther was a one-man, one-iPod show. He was hillarious and funky at the same time. It reminded me of Beck and Prince in a more robotic, vulgar, and down-to-earth way (that doesn’t make much sense, don’t worry I don’t write music reviews). Then Gossip rocked the whole house (not just our faces). They have such a simple yet rich and tasty sound. To top the evening off with something more potent, they did a cover of Aaliyah’s “Are You That Somebody” which still is clenching my heart right now. Another spectacular show Minneapolis has given to me.

As well, my friend Colleen was in town, visiting from the NC. So, on top of an amazing show, I was able to spend time with an old, great friend.

Evil in the World Today
Lightbox 2.0