The Art Shanties are an amazing and very Minnesotan event where artists are invited to create unique shanties or experiences on a frozen lake in February in Minnesota. It could loosely be described as a very mini Burning Man except on a frozen lake and without the pretension. This year, myself and some friends were accepted to make the Aurora Shanty — the northern lights inside an ice shanty.

Sam and Caitlin helped out a lot with the Kickstarter video and some other visual materials. Also, we had a successful Kickstarter since the electronics cost a bit more than our stipend would cover.

I learned a lot about building a structure like a shanty, solar power, electricity, Processing, Fadecandy, and of course lots of LEDs. And I continued to experience so much inconsistency with a Raspberry Pi. Code is up on Github as usual, though it’s not that well documented since the project took a lot of time and energy. 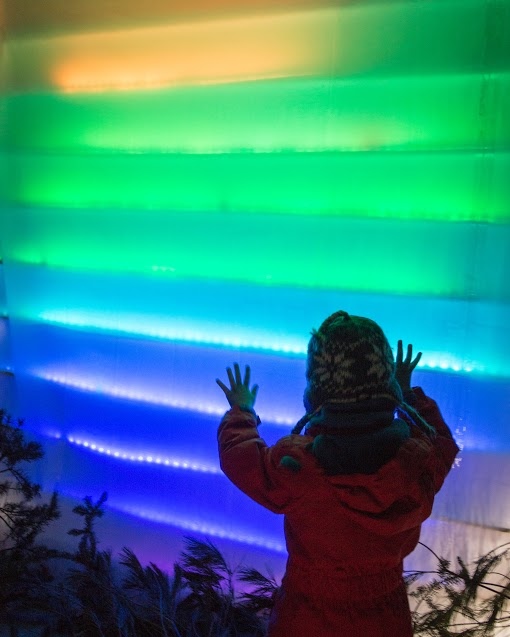 For more photos and video, checkout the Tumblr, as well as the Kickstart updates here and here.